A high-fat diet (HFD) adversely affects the health of humans and animal species. Excess energy intake and abnormal lipid metabolism are main causes of hypertriglyceridemia. [1] Hypertriglyceridemia is a feature in subjects with obesity, the metabolic syndrome or type 2 diabetes mellitus. It is a risk factor for the development of cardiovascular disease (CVD). [2] Regulating the synthesis and reabsorption of lipids by fat-lowering agents may be useful pharmacological interventions to improve dyslipidaemia. [3]

A high-fat diet and accumulation of lipids in the hepatocyte increase microsomal pathways of fat oxidation and trigger production of inﬂammatory cytokines. [4] High levels of fat increase oxidative stress and decrease antioxidative enzyme activity. Antioxidant supplementation has beneﬁcial effects in improvement of hypertriglyceridemia. [1]

Peroxisome proliferator-activated receptors (PPARs) are ligand-activated transcription factors and play a major role in metabolism. Between the three well-known groups of these receptors, PPARα type is expressed more in tissues dealing with fat catabolism, such as liver and adipose tissue. Fibrates are used in the treatment of dyslipidemia and fenofibrate can bind to PPARα receptors. Fenofibrate improves dyslipidemia and reduces risk of cardiovascular disease. Although fenofibrate is considered safe in humans, it can cause oxidative stress and lipid peroxidation in rodents. [5]

Hence, this study aimed to test and compare the efficacy of fenofibrate alone and in combination with α-lipoic acid on hypertriglyceridemia and oxidative stress in high fat diet fed rats.

Forty male Sprague-Dawley rats were kept in plastic cages at temperature of 22-24 ° C under a 12 - h light /dark cycle. They were allowed free access to standard rodent chow and water. Animals were kept at laboratory for one week. After adaptatation, they were weighed and divided into the following five groups (n= 8 in each group): normal control group (NC) to receive a standard chow and four high-fat diet-fed groups to receive a high-fat emulsion diet alone (HFD), in combination with 100 mg/kg fenofibrate (Fen), in combination with 60 mg/kg α-Lipoic acid group (Lip) and in combination with 50 mg/kg fenofibrate and 30 mg/kg α-lipoic acid (Fen+Lip). Hypertriglyceridemia and oxidative stress was induced by high-fat emulsion diet (HFD) as previously described. [8] HFD was prepared based on 77% of its energy from fat, 14% from total milk powder and 9% from carbohydrate. In this emulsion, fat was provided by corn oil (shown in Table 1). HFD was administered to the rats once a day via oral gavage for six weeks. . For the determination of effective dosage of fenofibrate and α-Lipoic acid, previous studies were considered. [9-11] Rats in the drug-administered groups were treated by oral gavage with a solution of propylene glycol [10], containing the drug at the indicated concentration, once a day for six weeks simultaneous the induction of hypertriglyceridemia. Rats in the non-drug-administered groups received propylene glycol without drug, according to the same time schedule. The experimental protocol was performed in accordance with the international guidelines established in the Guide for the Care and Use of Laboratory Animals (Institute of Laboratory Animal Resources, 1996) and further approved by the Ethics Committee of the Science and Research Branch, Azad University, Tehran.

Evaluation of animal and organ weights

At the end of the six weeks of the diet, the animals were weighed and anesthetized by diethyl ether in inhalation way. Liver was immediately removed with caution, washed by normal saline and weighed. A part of the liver tissue was placed in 10% formalin buffer solution for histological evaluations. Other part of the liver tissue was homogenized in a 50 mM phosphate buffer solution (pH = 7) and kept at - 80 ° C until the test time. The retroperitoneal adipose tissue was quickly isolated for the determination of gene expression. It was submerged in nitrogen and immediately stored at - 80 ° C until analysis.

The hepatic activity of superoxide dismutase (SOD) was evaluated by measuring the percentage inhibition of the pyrogallol auto oxidation by SOD according to the method Marklund & Marklundand. [9] Hepatic malondialdehyde (MDA) was measured to evaluate the degree of oxidative stress by the method proposed by Buege and Aust. [11] Hepatic concentration of TC and TG was estimated using commercially colorimetric assay kits (Zist Chimi Chemical Company, Tehran, Iran) after chloroform-methanol extraction according to the Floch method. [8]

Histological changes in liver tissues were detected by H&E staining as previously described. [8] Liver tissue was placed in 10% formalin solution for dehydration. After 48 h, paraffin was added to the tissue and staining was performed by hematoxylin - eosin. The samples were cut into 5-µm section according to routin protocols and examined by optical microscopy.

Total RNA was extracted from animals’ retroperitoneal adipose tissue by using buffer component, proteinase K, RNX-Plus reagent (CinnaGen Company, Iran) according to the manufacturer’s procedure. RNA was treated with DNAse-1 (Fermentas Inc., Vilnius, Lithuania) and assessed with spectrophotometry at 260 and 280 nm (Biophotometer, Eppendorf, Hamburg, Germany) to ensure that any DNA and protein had been removed then, samples were kept at - 80 ° C until analysis. For cDNA synthesis, random hexamer, Oligo (dt) and dNTP (CinnaGen Company, Iran) were used based on the previous studie. [12] The primer sequences for peroxisome proliferator-activated receptor-γ coactivator-1α (PGC-1α), uncoupling protein 1 (UCP1) and glyceraldehyde-3-phosphate dehydrogenase (GAPDH) (used as a housekeeping gene) were obtained from the National Center for Biotechnology Information (NCBI) website. Speciﬁc primers were designed by the Primer express program (shown in Table 2).

Real-time PCR relative quantiﬁcation was performed using the ABI-step system by measuring the increase in ﬂuorescence emission resulting from SYBR Green (Fermentas Inc., Vilnius, Lithuania). A reaction without cDNA was used as a negative control. Reactions were performed in triplicate. Gene expression assessment was performed using the 2(- delta delta ct) method. The level of PGC-1α and UCP1 gene expression was reported based on the relative quantitation (RQ) assay. [12]

Data processing was performed using SPSS 16.0 statistical soft ware. One-way ANOVA was used, and the results were expressed as the mean ± SEM (standard error of the mean) followed by Tukey’s post hoc test. The level of statistical signiﬁcance was set at (p < 0.05).

As shown in Fig.3, after six weeks of high-fat emulsion diet feeding, liver sections from the high-fat emulsion model group displayed obvious fat droplets and macro-vesicular steatosis around the periportal zone that was confirmed by H&E staining (Fig. 3B). Liver histological changes were not observed in rats fed a normal diet (Fig. 3A). Fenofibrate in combination with α-lipoic acid attenuated the hepatic steatosis and fat droplets in the liver. Particularly, it showed greater improvement in fat droplets attenuation than fenofibrate treatment alone (Fig.3D and 3E).

Expression PGC-1α and UCP1 mRNA in adipose tissues of rats 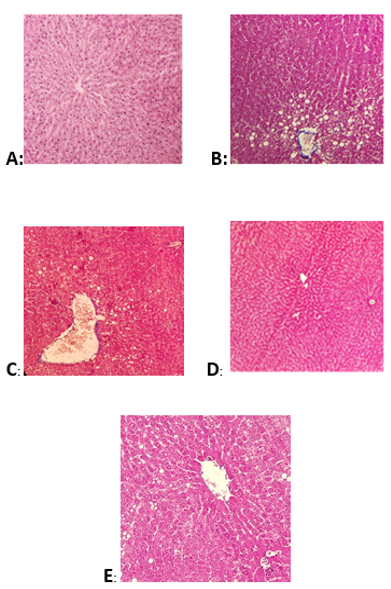 Table 1. The composition and caloric content of the high-fat emulsion diet ingested via gavage in rats.8

In this study, fenofibrate significantly increased liver weight and induced hepatomegaly. Activation of PPARs induces different effects on rodents compared to the humans. [18] The stimulation of these receptors causes hepatomegaly and liver toxicity in rats. [5]

The present study showed that high-fat emulsion diet increased the serum level of TC, TG, LDL-C, and VLDL but the levels of these parameters were decreased by administration of fenofibrate and fenofibrate in combination with α-lipoic acid in all treated groups. Excess energy intake and abnormal lipid metabolism are main causes of hypertriglyceridemia. [1] PPARα receptor agonists such as fenofibrate increases fatty acids oxidation and reduces circulating triglyceride level and dyslipidemia. [3] Another study revealed that α-lipoic acid prevents dyslipidemia by increasing beta-oxidation and reducing the synthesis of cholesterol. [1] α-lipoic acid improves fat disorders through its antioxidant and anti-inflammatory properties. [19] It also reduces the concentration of triglyceride in the serum and liver. [20] α-lipoic acid stimulates the activity of AMPK as an intracellular energy sensor. [21]

In this study, fenofibrate significantly decreased the activity of superoxide dismutase (SOD) and increased the hepatic content of MDA in Fen group but in animals that treated with combination of fenofibrate and α-lipoic acid, SOD activity increased and MDA concentration decreased. One of the side effects of fenofibrate is increasing lipid peroxidation. [11] Fenofibrate in rodents causes hepatotoxicity and cancer. Fibrates increas the level of factors that are involved in the production of reactive oxygen species (ROS) and oxidative stress. [5] Superoxide dismutase (SOD) is an enzyme, which disables oxidizing agents such as active oxygen species. [22] Oxidative stresses also cause lipid peroxidation and MDA formation. [23] Reactive oxygen species (ROS) such as anion superoxide are free radicals that created as a result of oxygen cellular metabolism. It can attack lipids and unsaturated fatty acids in the cell and cause lipid peroxidation. [2] The result of these reactions is the production of compounds with carbonyl group such as MDA. It can migrate and cause harmful effects on proteins and DNA in the cell. [24] MDA is a toxic compound which is considered as a marker for lipid peroxidation. [25] α-lipoic acid has a strong antioxidant property. [6] Results of this syudy suggest that fenofibrate in combination with α-lipoic acid reduces oxidative stress and lipid peroxidation that were produced by HFD or fenofibrate.

The experimental protocol was performed in accordance with the international guidelines established in the Guide for the Care and use of Laboratory Animals  (Institute of Laboratory Animal Resources, 1996) and further approved by the University’s Internal Ethics committee (approval code: IR.IAU.SRB.REC.1397.122). Concerning Ethical Clearance : the protocol was approved by the Animal Ethics Committee of the Science and Research Branch, Azad University, Tehran.

The authors declare that they have no conflict of interest.

This research has been performed in the laboratory complex of the Sience and Research Branch of Islamic Azad University of Tehran.